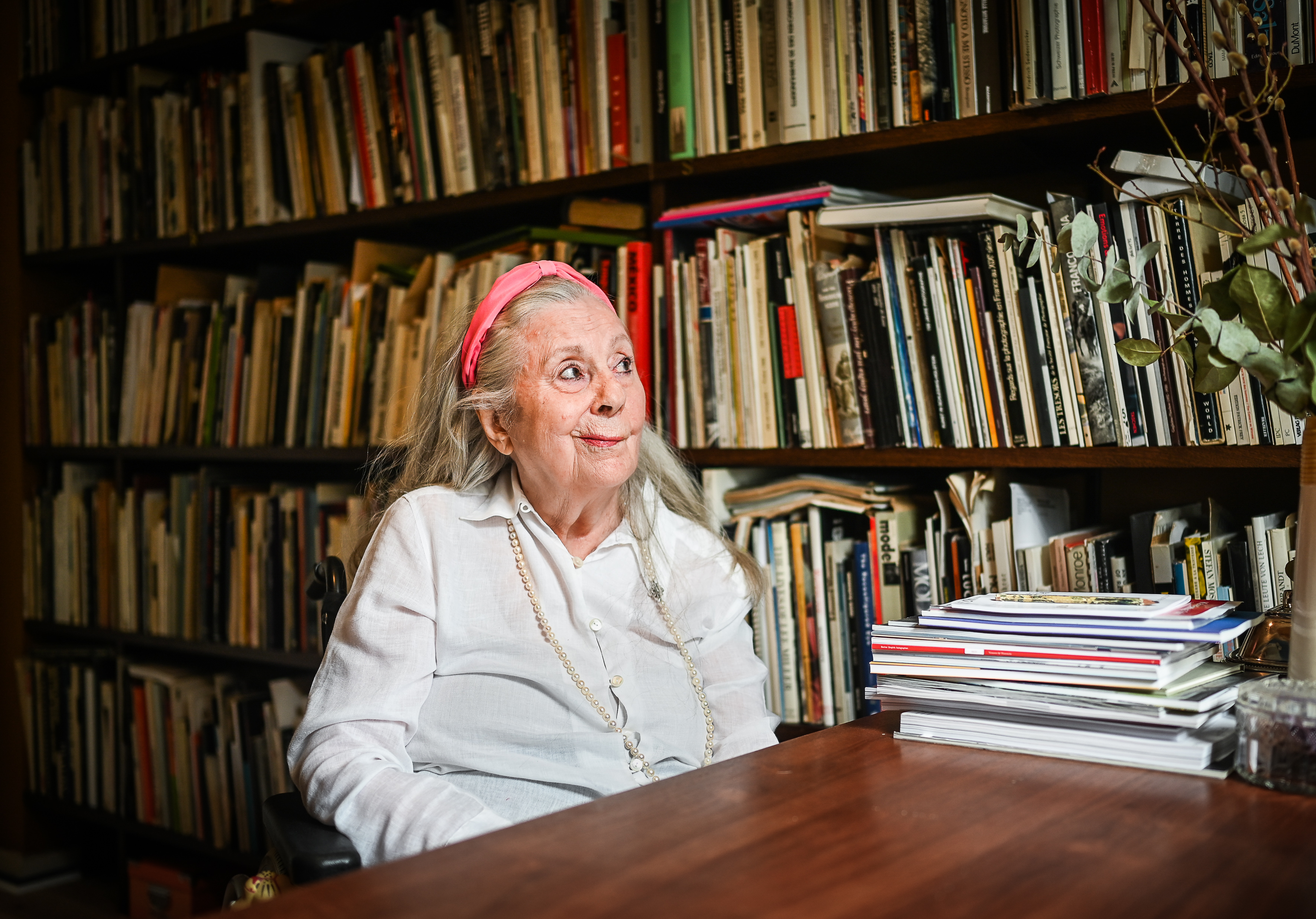 If anyone dared to claim in her presence that she lived for photography, they were quickly informed otherwise. No, Renate Gruber declared with a twinkle in her eye, but always with polite insistence: the fact was rather that she lived photography!

Those who had the pleasure of an invitation to Gruber's house at Paulistraße 10 inevitably realised what this subtle difference meant. And over the years there were many guests. For almost half a century, Renate and L. Fritz Gruber invited people to their well-known soirées in the Yellow Salon in Cologne-Braunsfeld. Whether on the occasion of photokina or celebratory events of the Deutsche Gesellschaft für Photographie (DGPh), be it on the occasion of exhibition openings or the anniversary of photography, which was celebrated annually like a ritual on the 19th of August. The guest books still bear witness today to the crème-de-la-crème who were welcomed to the Gruber house. They ranged from Henri Cartier-Bresson to Eikoh Hosoe, from Edward Steichen to Annie Leibovitz. Friendships were forged there, networks were created, and projects in the field of photography were made possible. The gatherings were never considered elitist by their hosts, but rather as an open space in today's sense. For Renate and L. Fritz Gruber, photography was always a medium that brought people together and connected them.

In an almost ideal way their biographies illustrate how it was possible to realise an open and democratic concept of culture within photography in the intellectually restricted post-war period of Western Germany. Renate Busch, who came from a large family in Cologne, had met the curator of the photokina picture shows in 1958, who was almost thirty years her senior. According to her account, a cup of tea that she handed to the then already internationally famous ambassador of photography was enough to suddenly open his heart again after the death of his first wife. With this beautiful reference, one may recognise a decisive moment in the anecdote that marks the beginning of perhaps one of the most fruitful love stories in the history of photography. The fact is that Leo Fritz Gruber introduced his young wife to the still strongly patriarchal cultural world of the photography industry in the sixties. The "young Mrs. Gruber" quickly attained her own access to the world of photography on joint trips, which regularly took her to Paris to visit Man Ray and his wife Juliet. She also acquired her own expertise, which she persistently pursued.

Early on, Renate Gruber followed Rosselina Burri-Bischof's advice to keep the pictures, books and correspondence that came into the house for posterity. Over the decades, this resulted in the encyclopaedic photo collection that was transferred in several tranches to the Museum Ludwig in Cologne. The bulk of the photographic estate was transferred to the Historical Archive of the City of Cologne, where it was fatally destroyed in the collapse of the building in March 2009. Last year, the Photobookmuseum was able to secure the Gruber Library. The Renate und L. Fritz Gruber Photobook Collection, comprising five thousand books, which opens up further access to the universal understanding of photography shared by the collector couple. In the extensive range of donations and acquisitions, dedications and references, the photo book collection of the Gruber couple articulates nothing less than its own matrix of photographic history, which needs to be uncovered and conveyed.

With her Rhineland charm, the gifted photography networker continued to follow her life's goal even after the death of her husband in 2005, not allowing herself to be deterred even by health setbacks. Renate Gruber now passed away on the 30th of October at the age of 86. The photography world owes a great deal to her, and the loss of her personality will undoubtedly leave a gap not only in the Rhineland. What will remain of her, however, is not only a look back at a golden age of photographic culture that she helped shape and which, to a large extent, was still analogue. It is also an invitation to think about photography in terms of the "Gruber cosmos" in an open and non-ideological way. And perhaps also to live it.